My name is JD Warren and I build things. 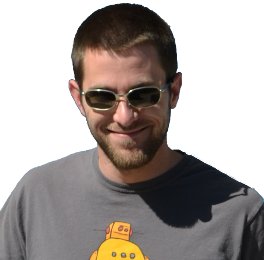 I have always been interested in how things work - I started taking things apart at a young age and at some point began putting them back together. I worked as a builder remodeling houses in Birmingham after high-school and through college. I then ran an apartment complex for 5 years, managing maintenance and daily operations with my wife.

I now work as a Ruby developer, building web applications. I have been a linux user and open-source enthusiast since 2005 and spend most of my time in a terminal.

I have been building electronics and robotic projects for several years, starting with my remote controlled lawn-mower. I put my lawnmower project on Instructables.com and it gained the attention of an editor who contacted me about helping write a book on robotics (Arduino Robotics). Before I started writing the book, I contacted MAKE magazine about my project and it was later featured on the cover of issue 22 in April of 2010. After appearing in MAKE, I began work on my book, spending several months building new projects, documenting them, and devising a primer in electronics that I had learned along the way.

I built PrototypeRobotics.com to provide a place to post my projects and for others to comment or ask questions. You can also create an account to post on the forums and add a project of your own.

Here are a few publications that I have been in: 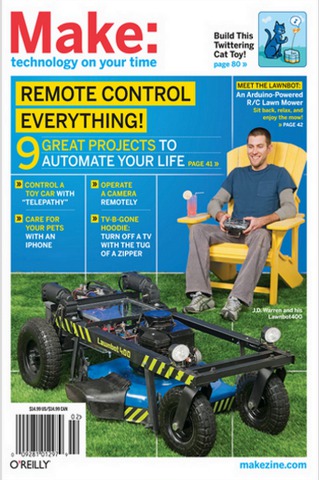 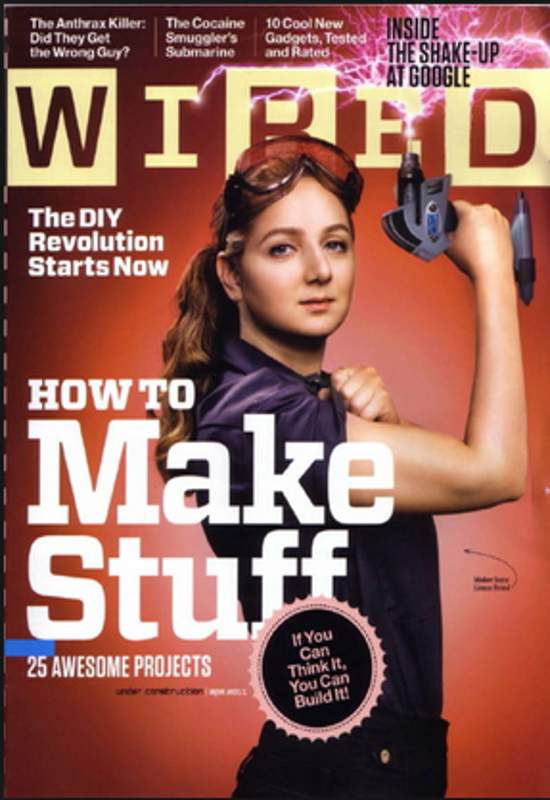 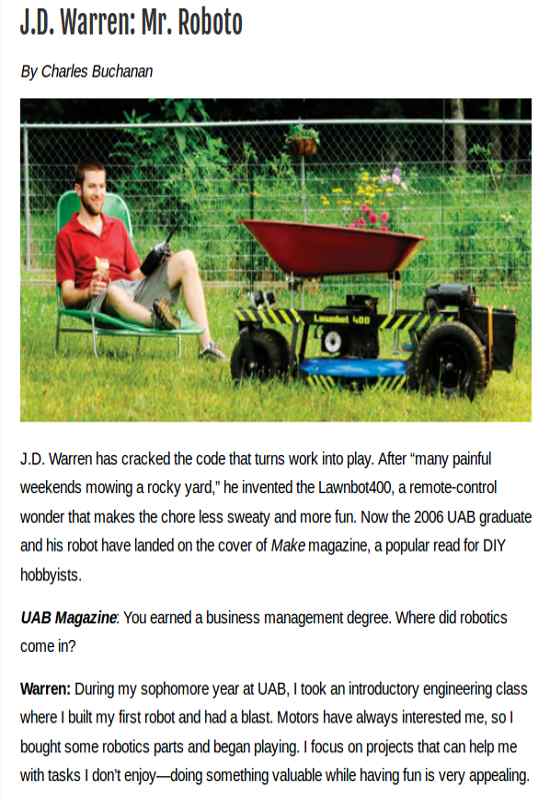 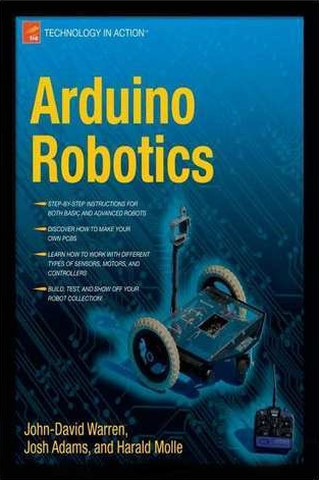 And a few videos: 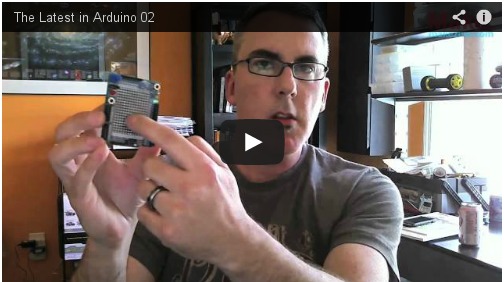 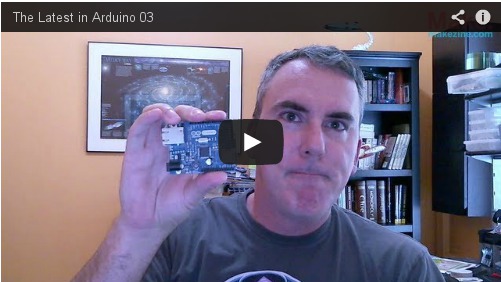