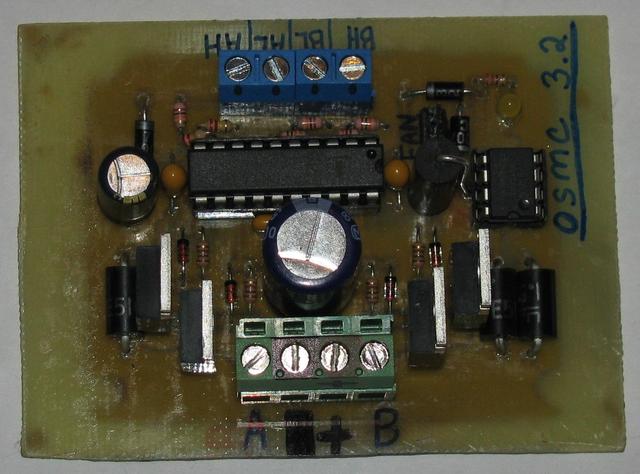 This is my version of the popular OSMC (open-source motor-controller) H-bridge. I have actually built several different models of this board to run various robots with, but this is the most compact version of that board.

Why reinvent the wheel?

Well, that is simple - there was not a version of the OSMC that you could print out on a single-sided PCB with all through-hole components.

I decided that what better way to build a PCB design than with a tested schematic, so I used the existing OSMC schematic that utilizes 16 mosfets and reduced it to have only 4 total mosfets. This is not some genius idea that maximizes efficiency or anything like that, it is simply an OSMC board that handles around 30-40 amps instead of 160amps - intended for projects that do not have as high of a power requirement. 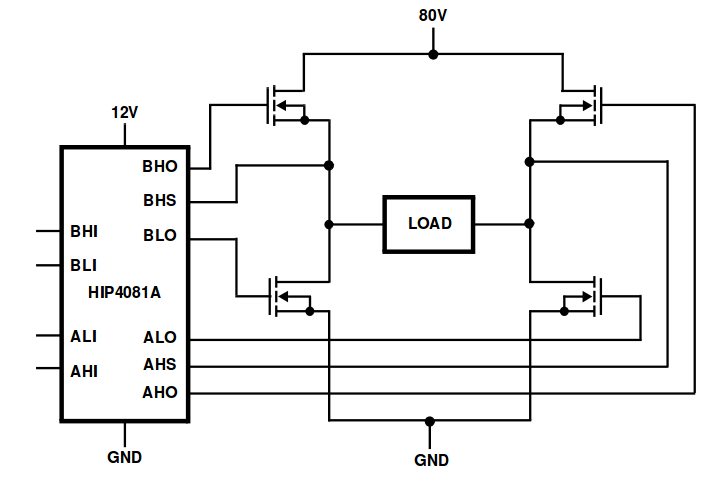 et driver chip that is intended to drive an all N-channel mosfet bridge since N-channel mosfets are cheaper and generally have a much lower internal resistance which means that it produces less heat.

Below is a simple schematic suggested in the 4081 datasheet:

Also, a truth table for the inputs and outputs of the 4081 chip:

Below are links to the pcb files to be opened with Eagle Cad.